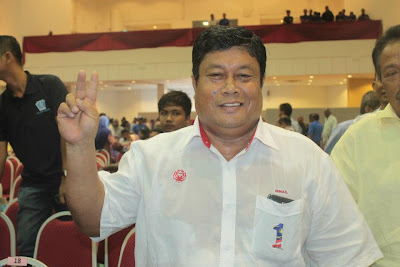 He has develop a solution in finding new energy sources anticipating the world energy supply crisis. He is developing a long-term planning in developing solar energy  to solar power stations.

Prof. Dr. Ismail Daut starts his career as a lecturer in the School of Physics, University Sains Malaysia in 1984. He was a visiting lecturer at University Islam Sumatera Utara, Medan Indonesia in 1991.

Later join UniMAP as a Dean of the School of Computer and Communication Engineering from 2002 until 2003. He was promoted to Associate Professor in 2002.

He was promoted to Professor in 2007 and became a Deputy-Vice-Chancellor in 2010. Besides extensive experience as a lecturer for 28 years and is also a member of the Associate Member of the Institution of Electrical Engineers, United Kingdom. (Source UNIMAP)
Posted by MERBOK TIMES at Wednesday, April 17, 2013 5 comments: