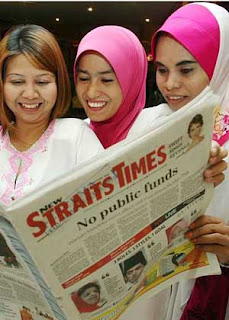 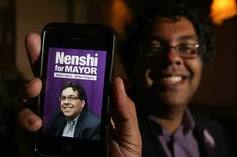 Calgary - I have a confession to make: I had never heard of the new Calgary mayor Naheed Nenshi, until last night when he popped up on all Canadian and several international news media.
I am not alone and that, in my opinion, shows just how little chance the guy had to clinch that coveted job in a city known for its cowboys and of course the Calgary Stampede. There was also talk of it being inhabited by rednecks, conservatives and other special people. Well, all that seems to have fizzled into the air and many people now seem to be congratulating and hugging Calgarians, for a job well done. One thing that is clear however is that something revolutionary has just happened in Alberta's largest city.
Now who really is Naheed Nenshi? Well, he is quite young (38), compared to his two rivals in the mayorial race Barb Higgins and Ric McIver ( who are in their 40s and 50s respectively.)
He is an Ismaili, one of the most progressive and tolerant of the Muslim sects. Their spiritual leader, the Agha Khan commands tremendous respect and adoration worldwide. Ismaili Muslims are usually very highly educated and very successful in business. They can also be found in positions of authority in any country they live. So, to fellow Ismailis, Naheen's recent victory is nothing strange or surprising. It's the kind of thing Ismailis do.
Naheed studied at the university of Calgary and Harvard university and taught at a recognized Alberta school, Mount Royal university in addition to writing for the Calgary media and keeping himself very visible and engaged in municipal politics.He in fact contested for, and lost for a seat in the Calgary city council in 2004. So he is not a quitter, not a wimp.
What I also find very interesting is that Naheen was actually born in Toronto but was raised in Calgary and his parents came from the East African country of Tanzania! The reference to Toronto is interesting because many people believe Canada's largest city is about to elect a conservative mayor while a city like Calgary, once considered a bastion of conservatism, has just elected a man largely considered a progressive.
Naheed's electoral success has been attributed to the power of social media like Facebook, twitter and Youtube. It's true that he effectively used these media tools through out his campaign to attract grassroots younger voters that quickly expanded his support base. That, and the fact that he is a new and fresh face in Calgary municipal politics accounted for his dramatic and historic victory. Making him the first Muslim mayor in Canada.
(http://www.digitaljournal.com/article/299200#ixzz12xoLsJXv)
Posted by MERBOK TIMES at Thursday, October 21, 2010 No comments:

“ I have precious memories of our 63 years together. Without her, I would be a different man, with a different life. She devoted herself to me and our children. She was always there when I needed her. She has lived a life full of warmth and meaning. I should find solace at her 89 years of her life well lived. But at this moment of the final parting, my heart is heavy with sorrow and grief.”

Londoners struggled to and from work on Monday after a strike on the underground rail network.
Posted by MERBOK TIMES at Tuesday, October 05, 2010 No comments: