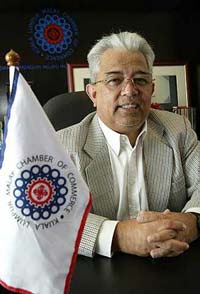 Datuk Syed Md Amin Aljeffri, one of the four individuals behind Asas Serba, was quoted two weeks ago that the company might brief Prime Minister Datuk Seri Najib Tun Razak on its proposal after the plan was submitted to the Government in May. He did not reply to an email sent by StarBiz.

Najib, however, reiterated last Wednesday that the Government did not have plans to sell any toll concessionaires in the country and had not seen the suggested acquisition plan.

Minister in the Prime Minister’s Department Tan Sri Nor Mohamed Yakcop had put it more crudely: “If anyone has a plan to buy (the tolled roads), good luck but we have no plans to sell.”
Nor Mohamed heads the Economic Planning Unit, which is tasked to study highway concessions and review toll rates to ease the burden of road users.

Asas Serba’s proposal involves consolidating all the 22 concessionaires in the country, bringing down toll rates for users by 20% and helping to save government subsidies by as much as RM114bil. But details are sketchy as to how it hopes to execute the plans.

Asas Serba is already facing a tough task trying to get the green light from the Government, which indirectly owns PLUS Expressways Bhd via Khazanah Nasional Bhd.

Even if it manages to, it will still have to get consent from others like Lingkaran Trans Kota Holdings Bhd (Litrak), Gamuda Bhd, IJM Corp Bhd, SILK Holdings Bhd and MTD Capital Bhd, which are unlikely to give up their priced jewel so easily because tollways, especially matured ones, offer recurring income.

Gamuda, for example, enjoys steady cashflow from its 46% associate Litrak despite the doldrum in the construction sector at the start of the economic crisis. The next issue is funding and its capital structure. The takeover cost is estimated at RM50bil, excluding debt obligations, as the concessionaires have issued bonds totalling some RM26bil.

Does it plan to issue more debts on top of the existing bonds? If yes, will that increase interest payments? Note that PLUS alone paid some RM654mil in finance costs for the financial year ended Dec 31, 2008.

If toll rates are reduced by 20%, Asas Serba will receive lesser income that it will need for operating and maintaining the highways, while absorbing losses from underperforming highways, such as the Kajang traffic dispersal ring road managed by SILK, which is still low in traffic volume.

Extending the concession period is one option suggested, but if this can keep toll rates low in the first place, the Government can always negotiate with existing concessionaires instead of making Asas Serba the sole concession holder.

Monopoly has often been criticised by capitalists because non-competition tends to lead to lack of incentives to innovate and improve services.

Asas Serba can take over all the concessions and re-list the consolidated entity on Bursa Malaysia but a head of research pointed out: “Why sell and then list when some of the existing concessionaires are already listed?”
Posted by MERBOK TIMES at Tuesday, October 13, 2009 2 comments: